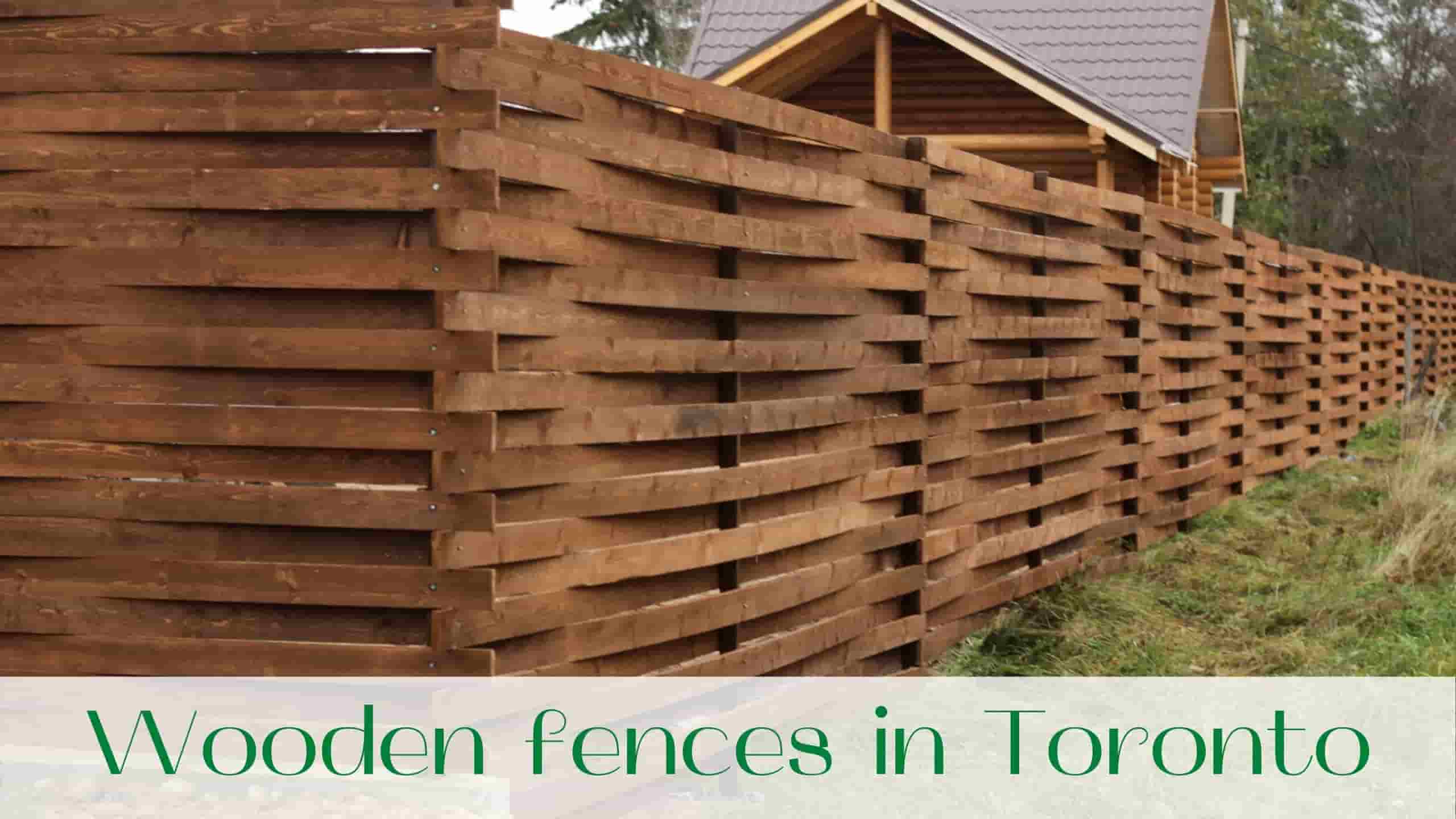 Without a fence on the plot, it not only protects your property, but also marks its borders. However, after the purchase of the plot and the construction of the house there is almost no money for a stone fence. And not everyone likes it. It’s okay, there is a great alternative – wood. Wooden fences in Toronto – The best solution for your home!

Types of wooden fences in Toronto

All existing wooden fences in Toronto are divided into two groups: light and heavy. The construction of the first group does not include a foundation. The spans there are supported by buried, hammered or concreted pipe posts, or even just wooden ones. Though even such simplicity does not allow to trample the basics of construction science. Despite the absence of the foundation, which we are used to in our understanding, the light fence posts should still be buried no less than the depth of the ground freezing. Otherwise they will be pushed out by the first frosts.

The advantages of lightweight structures include their cheapness, speed and ease of construction. It is possible to put such a fence on a site in just one day, and it is together with painting. The only, but chronic, disadvantage of these fences is short-lived. Corrosion and rotting processes are particularly active on the ground contact line of the fence.

Heavy fences in Toronto are quite a different matter. Layed out of brick or stone, or even cast out of concrete poles, will stand at least at home. True, such reliability will cost a round sum, but you always have to pay for quality.

A powerful strip foundation – a distinctive feature of all heavy fences. In the best traditions of house-building, it can be buried to the depth of freezing or cast by analogy with low-deepened tape. In the latter case, the ground under the foundation must be replaced by a non-soiling tape and the tape itself must be reinforced with reinforcement.

Of course, such a fence can only be called wooden fence conditionally, as lumber plays no key role here, and can easily be replaced, for example, with an artistic forging. On the other hand, it is a combination of light wood and heavy stone that really looks beautiful.

No matter what type of fence you choose, light or heavy, you still have to decide on the technique of filling the spans. It will determine the face of your plot.

The easiest way to tightly sew the spans with planks. Such a wall looks reliable, and protects the area from unnecessarily curious glances. But that’s on one hand. And on the other hand – the production of such a fence will require a lot of quality lumber, which can be spent on more interesting projects.

Opposite to the classic fence can be a stacker. It certainly does not radiate as much reliability as the above mentioned one, but is it so important today? But a stack fence in Toronto and in the manufacture of cheaper, and the beauty of your site will not overshadow, and, most importantly, will allow to implement the original design ideas.

Very diverse design can have wooden fences in Toronto, included in the conventional group “wicker”. There is a solid Austrian fence, and more than a budget paling. You can weave anything from a thin willow tree rod to a planed board. The main thing is to do the work with your soul!

Not a bad way to stand out would be a fence in the form of a wooden grid. For such fences, planed wooden laths are most often used, but some craftsmen successfully replace them with rods or even branches.